Plants & Structures in Our Gardens

Enjoy the stories our members have shared on their gardening experiences!
A sneak peek of some of the gardens.  Click to enlarge and for Garden ID. 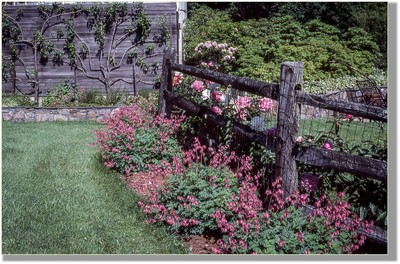 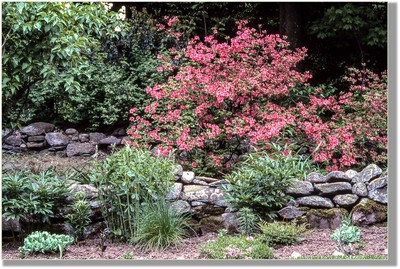 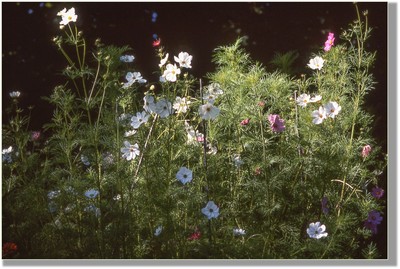 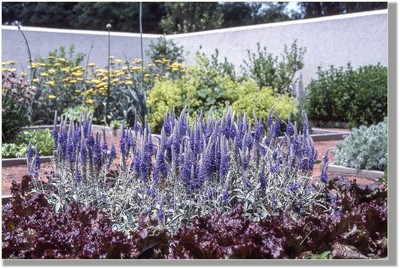 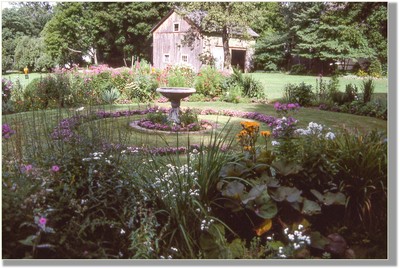 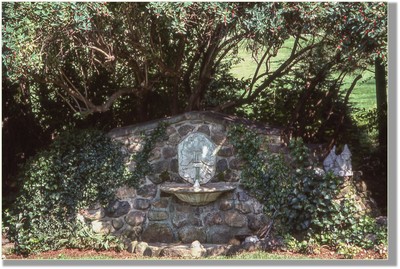 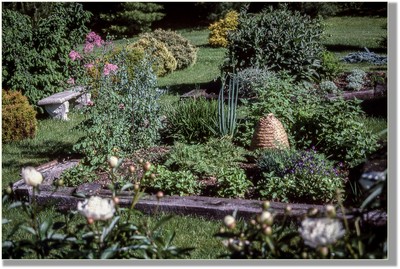 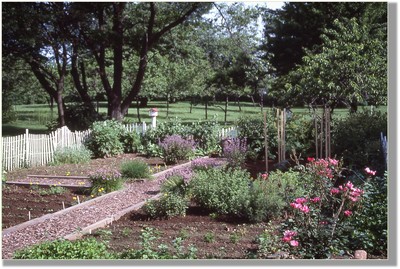 June, 2016
Nancy Post writes - I found this Peony in Costco two years ago.  It is an Itoh Peony which is a cross between a tree Peony and a herbaceous Peony.  The Latin name is Paeonia 'Bartzella'. What a $20 bargain! I hope you enjoy the image of my garden - what joy it brings to me!

Itoh Peony - a cross between a tree Peony and a herbaceous Peony. My garden - June, 2016
​August, 2015
​Diane Stoner shares her photos of a tree she grew from the GCA Plant exchange. She received it in 1992 in a 2" pot.  It was propagated by Marcy Crutcher who belonged to Hortulus Garden Club of Greenwich (In 1994 the “Marcy Crutcher Zone II Award: for Horticultural Excellence” was established).  The seed was given to her by Corliss Engel (a very important person in begonia growing) who had received it from the New York Botanical Garden. As you see, it is now a large tree and flowers the beginning of August.  Its common name is bee tree.  One sideline - Marcy died shortly after Diane received the plant…which made her want to have it live on for her!
Evodia daniellii, Korean Evodia:  1992 – August 2015
A Litchfield Backyard Garden - 2015
A Secret Garden on Tallmadge Lane - 2015 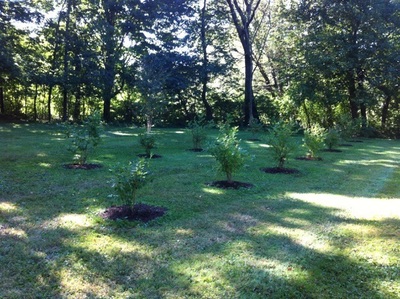 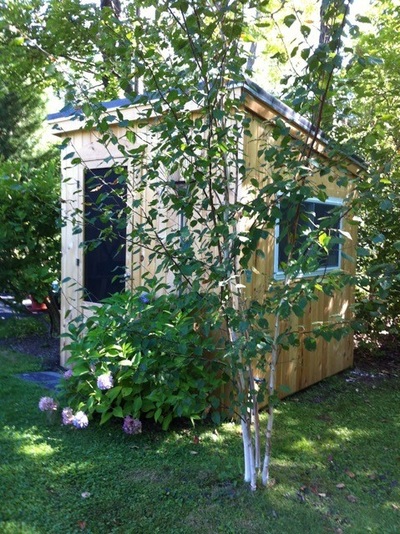 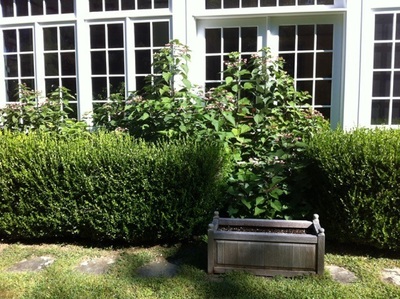 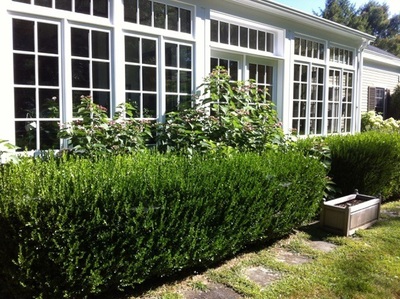 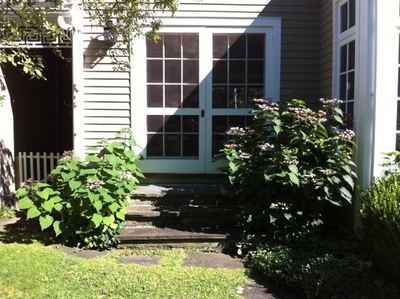 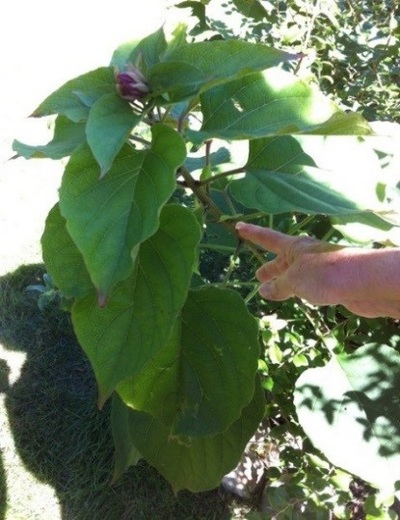 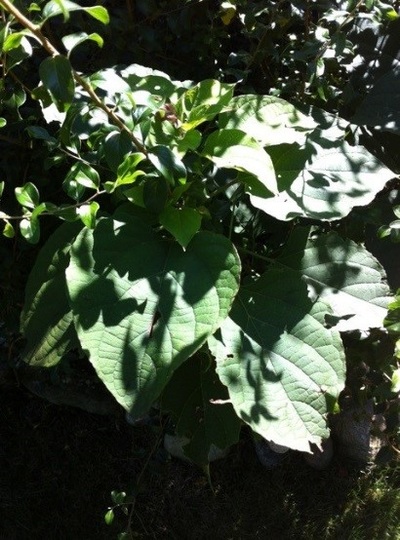 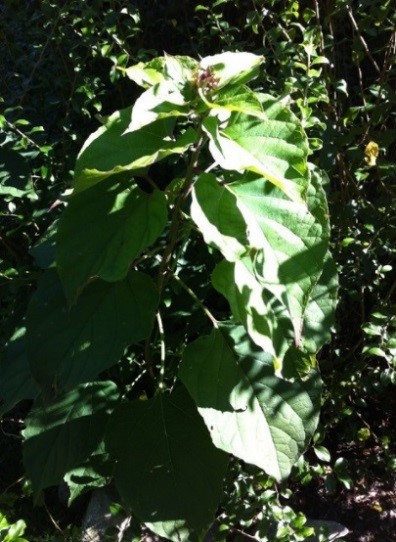 ​Above:  Irene shared five tiny glorybower ’sucker plants’ with her neighbor Doreen three years ago. Two survived and thrived. One is flowering. 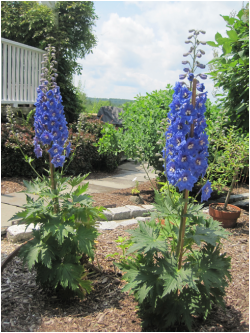 ​Delphinium “Royal Aspirations” 2012 - 2015.
Lynne Sherman reports - In January 2012, Barbara MacDonald and Nancy Post spear-headed a workshop on growing delphiniums. From that workshop, we sowed delphinium "Royal Aspirations" seeds from Dowdeswell's Delphinium Ltd., New Zealand. I was skeptical because I have purchased several delphiniums from very reliable nurseries in the area and they all failed to grow the following year. However, this year was different.  While only one plant grew from the three seeds planted - it is just amazing and it gets bigger each year. I did not want to cut the beautiful center stem, but the wind and rain blew it over before it was staked.  Thankfully, there are still two very large stems which continue to flower from this one plant in the garden.
GCA Daffodils
To commemorate its centennial, the Garden Club of America named its own daffodil. Swaths of these lovely GCA daffodils were planted in New York’s Central Park.  The Litchfield Garden Club members also planted GCA daffodils to commemorate their our own 100th anniversary in 2013. 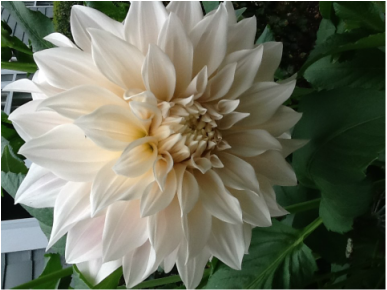 ​Dahlia Café au Lait,
September, 2013
This luscious Café au Lait dahlia was grown by Barbara MacDonald. The hybrid was registered in 1967 but lately has become all the rage for weddings.
​
Dahlia is a genus of bush, tuberous, herbaceous perennial plants. It is a member of the Asteraceae or Compositae, dicotyledonous plants. Related species include the sunflower, daisy, chrysanthemum and zinnia. This dahlia is what is called a "dinner plate" because its blooms are 8-10" across.